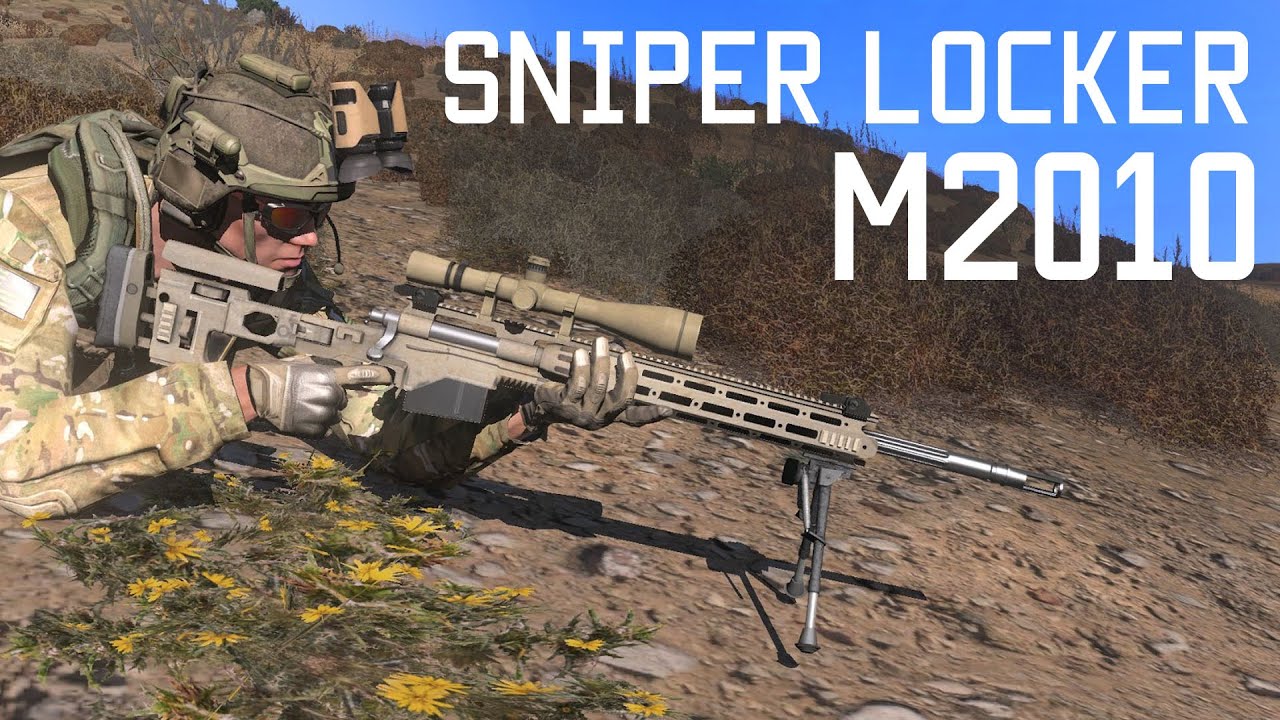 In this video, we head back out to the Sniper Locker to talk to sniper instructor legend Dave Davis. There are lots of internet ninjas out there, that claim to know everything about military long-range shooting. Most are full of shit, and just regurgitate what they read on other websites. Dave, on the other hand, is the real deal.

Dave takes us through the Army’s “new” M-2010 Sniper Rifle. People have been bashing this new gun, stating that they just took the old M-24 SWS and slapped a new chassis on it. Yes and No.

Now, I grew up with the M-24. My first sniper school, we were using the old M-21; which was nothing but an accurized M-14 rifle. We were running the ART-1 or ART-3 scopes, which had a ballistic Cam, rather than an adjustable reticle. It was a good gun, but was very much “Nam Era” technology. Fast forward to 1989 (I’m old), when I attended the US Army Sniper School at Ft. Benning, and we were the first class to use the new M-24. Wow, could this thing shoot!

The 7.62mm M-24 was a great new rifle. It was more accurate, had a much better scope, and was chambered in a long-action to allow future rechambering to 300 win mag. However, it had several shortcomings. First, it was a fixed power scope (10x), which had a very narrow field of view at close ranges. Second, The stock only adjusted for length, not height. Third, the backup iron sights were fragile. Fourth, it didn’t take a magazine (think single loading bullets in a two-way gunfight). Lastly, the Big Army Supply System fought tooth and nail to keep us from adding the 300 win mag cartridge to the Army’s inventory (just meant one more thing for them to track and supply… lazy pricks).

Here we are 20 years later, and the Army had finally followed up on these shortcomings, with the M-2010.

The Chassis is adjustable for length and height. Gone are the days of having to tape a sponge or layers of moleskin to your cheek pad, to get you eye high enough to properly see through the scope. Another great addition is the mono-rail system that runs the full top of the gun. This allows snipers to add Night Vision Scopes in front of the objective lens, thus allowing the sniper to engage targets at night. Now, yes, we did have rails on our M-24s. However, these weren’t added until around 2004ish and were poorly designed.

Another great addition to the M-2010 is the Suppressor. Notice I didn’t say Silencer. Now, certain SOF units do have subsonic 7.62mm ammo in their inventory. However, my main desire for a Suppressor isn’t so much for suppression of sound, but rather for the suppression of the large flash that comes out of the end of a unsuppressed barrel. Picture yourself sitting in a build in say Najaf, with six windows or loopholes. Now, the enemy is watching, but they don’t know which hole you are shooting through. They just see a bunch of dark holes in a building. When you finally do take a shot, with a unsuppressed weapon, the enemy will easily see the flash in whichever dark hole you were shooting from. By using a suppressed weapon, in the same situation, it is much harder for the enemy to pin down your exact location. Plus, it makes shooting the weapon, on the practice range, so much more enjoyable.

The Army finally gave their snipers the 300 Win Mag sniper round, that I was promised as a young sergeant. As Dave covers in the video, the 300wm is so much better at long range. Can you hit 1,000 meter targets with 7.62mm? Yes, of course, and there are lots of civilian shooters that load really hot sexy BC target rounds. However, these don’t feed well in stock military weapons, and the Army will only let conventional snipers use ammo that is already in their inventory. The 300wm really gives our snipers an increased edge over the FSU 7.62mm x 54mm rimmed SVD round.

The old M-24 didn’t take a detachable magazine. Shooters had to “top load” bullets into its five round internal magazine. I was probably the fastest M-24 loader that you had ever seen. I even had a special tac vest made, that held bullets in groups of five, to allow me to grab them and load while on the move quickly. Even with lots of practice and on my best day, I could never load a M-24 as fast as just swapping mags on this M-2014. Hands down, a detachable magazine is always going to be faster.

So, there you have it; the Army’s M-2010 Sniper Rifle. They took all our complaints about the old M-24, and finally got our snipers a world-class weapon capable of 1,000 meter shots… it just took them over twenty years.