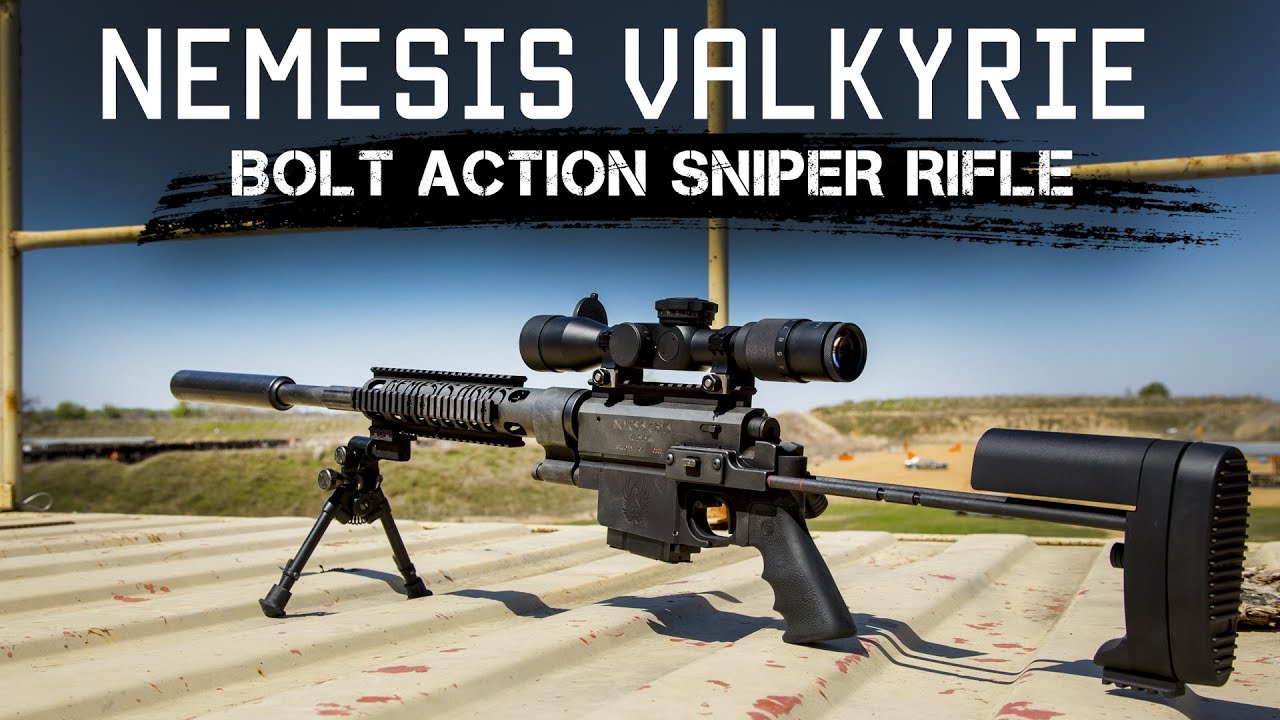 This week at Tactical Rifleman we had the opportunity to spend some time with our friend David Ives from Nemesis Arms, and his very impressive creation, the Valkyrie ambidextrous precision rifle. You can find them online at nemesisarms.com You may have seen a glimpse of the Valkyrie in a few popular movies and television shows such as; The Bourne Legacy, Person of Interest, and Marvel’s Agents of S.H.I.E.L.D, just to name a few. The Valkyrie is also currently serving with several U.S. and Allied SOF forces on the frontlines around the globe.
As the Chief Engineer, President and Owner of Nemesis Arms, David described to us, how he set out to create and engineer the first ever purpose-built fully ambidextrous, multi-caliber, take down precision rifle system. David told us he achieved his primary design goal by engineering and machining the Valkyrie receivers; in house at his facility in Park City Kentucky, to accept both a right and left hand bolt. When the Tactical Rifleman team got behind the rifle we found that the bolt exchange was achieved extremely rapidly and required absolutely no tools! You simply depress a single bolt release detent button, remove one bolt and swap if for the other. In addition, all of the fire controls and magazine release are designed around the receiver center-line so they can be manipulated with either hand from both sides of the weapon system. The ingenious tool-less design is carried throughout the weapons system as you can see in the video.
The ambidextrous, multi-caliber, take down conceal-ability, and portability of this type of weapons system is very attractive to SOF forces; because for them this means less cost for the units, both in procurement and employment. It reduces the cost of purchasing and shipping both left and right handed precision rifles to deployed units. To the trained operator these features allow the Valkyrie to be employed in a multitude of different mission parameters, in addition the ambidextrous design provides the operator the flexibility to achieve a more covered and/or concealed firing position during the mission. This can directly translate into the operator’s increased survivability and mission success! The multi-caliber options of the Valkyrie allow it to be tailored to specific mission requirements.
The Valkyrie’s proprietary return-to-zero, tool-less take down chassis technology and 11 pound overall weight showcases its conceal-ability, portability, and versatility. Throughout the course of the day at the T1G facility the Tactical Rifleman team assembled and disassembled the Valkyrie at least six times and the weapon returned to zero every time and continuously delivered a high degree of accuracy!
If you have the opportunity to get behind and shoot a Valkyrie we highly recommend it!
If you have questions or comments please let us know or contact Nemesis Arms directly. You can find them online at nemesisarms.com


Help support Tactical Rifleman by purchasing one of our T-shirts, check them out at: https://ballisticink.com/collections/tactical-rifleman